What I learnt from Marketing Week Live ’16

What I learnt from Marketing Week Live ’16 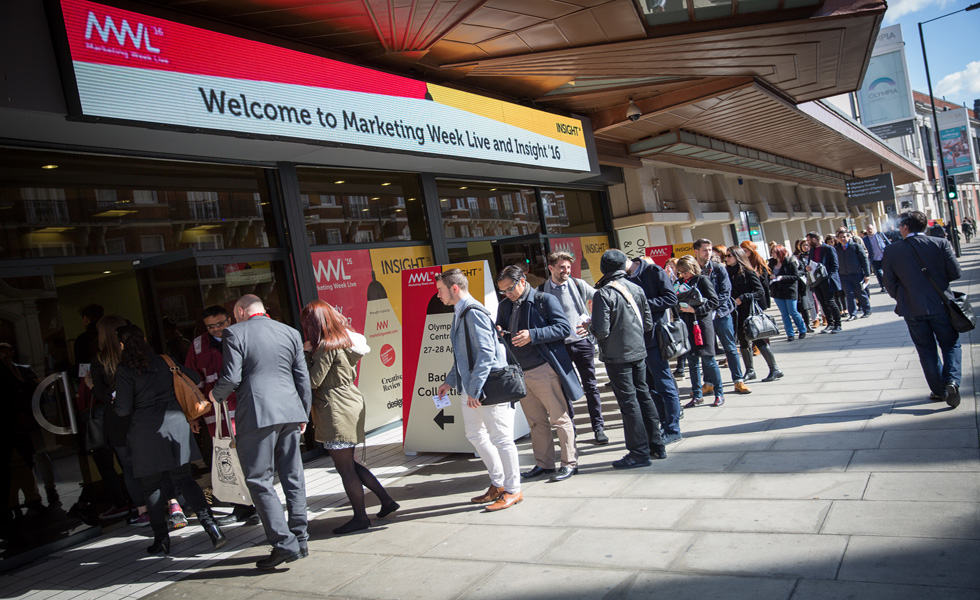 It’s a fair trek, London and back in a day – especially from Cannock.  I made the trip south to visit Marketing Week Live ’16 – a two day event held at Olympia that I previously attended back in 2013.  It’s described as the leading event on the calendar for marketers in the UK and a few things occurred to me during a jam-packed day of presentations, training sessions and shuffling from exhibitor to exhibitor, so I figured I’d share them here.

Most marketers worth their salt would read this and think “It’s always been about data” or certainly it has been for several years.  But the recurring theme – regardless of whose presentation you were watching – was that extracting data from any marketing activity is crucial if you want to truly understand that activity’s effectiveness.  It’s hardly rocket science – if you place an advert in a magazine and you get a surge in sales, you can reasonably assume the advert has been successful and you’ll run it again.  Conversely, if it doesn’t trigger any additional sales then it’s hardly likely to be a marketing activity you’ll repeat. 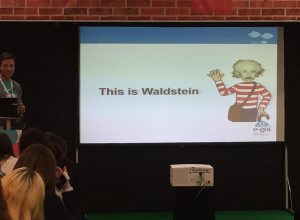 But it’s clear that marketers are getting more savvy.  Whether it was Paul Mitchell & Rebekah Miller of trnd discussing branded communities, David Chalmers of Cvent outlining the blueprint for successful event marketing or Thiago Oliveira of E-goi telling us about multi-channel e-mail marketing (aided by his intriguing presentation character Waldstein – the gruesome lovechild of Einstein and Wally of Where’s Wally fame!), data was high on everyone’s agenda.

Insight is crucial.  And there’s so much can be automated these days that you can make incredibly well-informed decisions about your next marketing campaign.  If you’re not already using data to drive marketing activity in your business, you should be.  If you’re not sure where to start, I can help – get in touch for a free 1 hour consultation.

The award for the coolest stand at this year’s event goes to The Headshot Guy, whose free professional headshot for anyone who wanted one not only provided hundreds, if not thousands, of visitors with the aforementioned headshots, but gave us all a chuckle as we pulled our best business poses while a queue of strangers watching on laughed – only to the realise they were next!  I’d be amazed if they came away from Marketing Week Live ’16 with less than 1,000 new e-mail addresses on their database, and I’ve already had a couple of follow-up e-mails which shows they’re getting their digital marketing right.

Ok, I can’t level this criticism squarely at Marketing Week Live ’16 –  it was standing room only on my train from Birmingham New Street to London Euston (despite me having reserved a seat – I couldn’t get anywhere near it until 40 minutes into the journey, thanks Virgin!).  But having scheduled a full day of presentations, many of them back-to-back but in different locations within the conference hall, the whole day was pretty breathless and, after a while, painful as well.  Cramming so much information into a day’s schedule looked terrific on paper, but practically speaking, if you don’t want to be stood up all day, you had to leg it to the next presentation as soon as the one you were watching finished in the (often vain) hope there’d be a spare seat left.  By the end of the day, my legs were in bits, and nothing’s quite so deflating at a conference as arriving at the presentation you wanted to attend more than any other with your feet killing, only to discover it’s standing room only in the walkways around the theatre where you’ll struggle to hear every third word the speaker says!

Following on from my previous point – many of the presentations were so bite-sized there was barely any useful information or practical advice to glean from them.  Halving the number of presentations but doubling their length to allow speakers to get ‘under the hood’ of the topic at hand would provide far better value, in my opinion, not to mention cut down on the amount of dashing around like the proverbial fly with the blue posterior!

At this point, it would be remiss of me not to mention there was a centre stage programme of events with keynote speakers from the likes of John Lewis, Moneysupermarket, Spotify, Marie Curie and lots more.  But frankly, following Marketing Week Live’s decision to charge an exorbitant amount for admission to centre stage (back in 2013 it was free and we had terrific deliveries from the likes of Facebook, Daigeo and Twitter, among others), I wasn’t prepared to pay for this after travel and lunch/refreshments had already set me back around £150.

It was noticeable that Marketing Week Live ’16 was in a much smaller conference room compared with 2013’s event, held in the Grand Hall at Olympia.  A quick scan of Olympia’s website shows the difference in capacity being some 8,000 persons!  While I found the event worthwhile attending, during the day itself it was hard to escape the nagging feeling that this was an event in decline and I found myself deliberating why that might be…

5. Are promotional items dying a death?

Thinking back to Marketing Week Live ’13, much of the Grand Hall in Olympia was taken up by promotional item vendors.  I must have returned with several carrier bags full of mugs, pens, notepads, cleaning wipes for iPhones and enough brochures for a week-long barbecure!  This year, they were virtually non-existent.  I think maybe I saw three or four, but that was it.  Working on the assumption that Marketing Week canvassed its readers as to what exhibitors they wanted to see at the event, it would appear that marketers are viewing branded merchandise and giveaway items as a bit old hat these days.

From my point of view, I’ve never spent big money on promotional items wherever I’ve worked.  The odd batch of pens, the occasional box of mugs, but little more than that – I want to spend my marketing budget in areas where I can clearly see the return on investment, be that an increase in sales leads, social media following, inbound enquiries or brand awareness.  Promotional merchandise, for me, does little other than assist brand awareness.

So, that’s my two-penneth after attending Marketing Week Live ’16.  Were you there?  What did you think?  What was the most useful piece of information you took from the event?